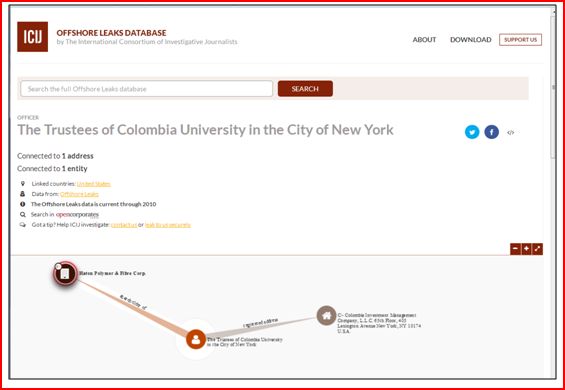 Yes, it appears schools and universities have a portion of their endowment funds stashed overseas (it is not illegal and several entities may have the same or similar names). See below data taken from the Panama Papers database for examples from these education industry sub-sectors. 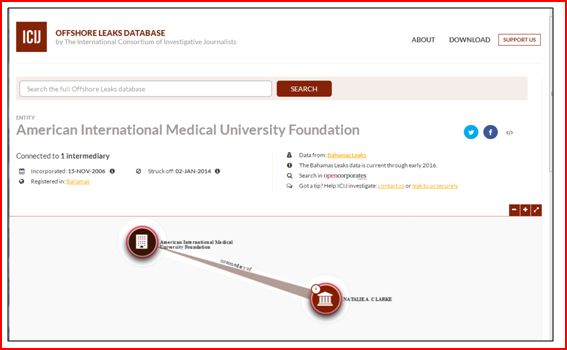 How did this happen? To analyze the opportunity, capability, incentives and rationale (Fraud Diamond), we must first look at the high cost of college tuition and its drivers.

Was enacted to move individuals out of poverty. A half century later, it is chaining students to poverty. The funny thing about change is if one doesn’t continually evolve toward positive right action, the catalyst for change becomes a:

Zero Hedge Fund analyzed student debt as I have written on this blog showing, “as of the first quarter of 2017, total student loan debt was increasing the most and had the highest delinquency rate (around 10-11% from 2013 to 2017 [ based upon data for the New York Federal Reserve].”

An Ohio University economist, Richard Vedder, (see previous blog post),”speculated that for every dollar of grant funding for higher education, university systems increase tuition by 35 cents [2]. Similarly, a New York Fed study found that for every dollar obtained in direct and subsidized loans, tuition prices are raised by 65 cents. For every one dollar granted from Pell federal funds, tuition increased by 55 cents [ibid].”

Vicious cycle must be stopped

High tuition leads to high government subsidized debt and high student loan debt. The dizzying question, Which comes first, the chicken or the egg? and a more mind boggling answer, we may never have the political will to solve; but we must. 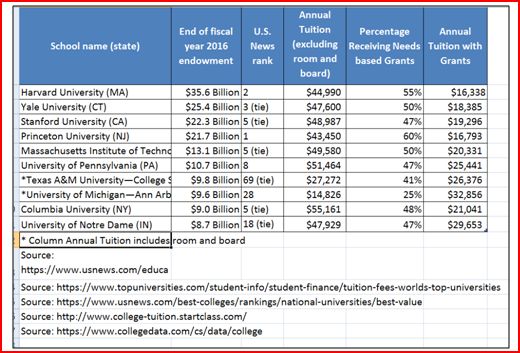 “Many of the richest universities in the country-sitting on hundreds of million, if not billions, of dollars in tax exempt endowments, and garnering tens of millions of dollars of tax deductible gifts every year receive government subsidies [emphasis added] through current tax laws that dwarf anything received by public colleges and universities.” (page 1, para 3).

As an example the authors state, “we estimate that in 2013, Princeton University’s tax exempt status generated more than $100,000 per full time equivalent student in taxpayer subsidies, compared to around $12,00 per student at Rutgers University (the state flagship), $4,700 per student at the nearby regional Montclair State University, and only $2,400 per student at Essex Community College.” (page1 , para 3).