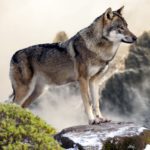 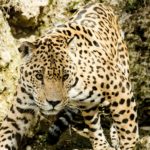 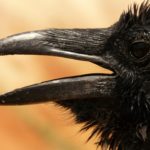 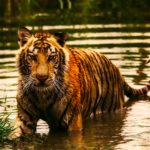 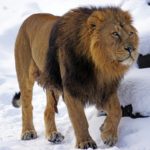 Fighting fraud, corruption, waste and abuse is like a never ending battle.  A war that seems  unbeatable. Solid wins appear elusive. One perpetrator can be brought to justice, with a few more wannabes standing  in its wake.

How do regular beat cops, investigators, fraud and forensic examiners, and prosecutors maintain their stamina? Their will to sustain the verbal, psychological,  emotional and physical punch or two every day? Brutal personal beatings perhaps and yet rise again to see another day?

In ancient times, “warriors often had animal totems or called upon animal powers to help them in battle, invoking the strength of the bull, the courage of the boar, and so on,” says Franklin and Mason [1, pg. 156]. Today, solders on the battlefield are no different.  Tick reports, “many modern soldiers wear crosses, stars, or other religious symbolism: carry mementos or Saint’s cards: and pray deeply during combat” [2, pg.61]. He adds sanguinely, “most soldiers know the truth of the adage, ‘There are no atheists in the foxhole’ “[2, pg. 61].

But maybe today, I am overly critical about society and have morbid thoughts about the increased incident of fraud and white collar crime. One might say.  Can you really equate fraud with the blood and gore of the battlefield?

Even the Criminology and Criminal Justice Journal concedes that criminologists, politicians, academicians and law enforcement have difficult time in defining white collar crime uniformly. While on the other hand society has an easier time of determining the “ criminal act’s prevalence, cost to society, impact on victims, potential preventive measures, correction strategies” for red collar crime.

Cliff and Wall-Parker argue further that there are researchers who belittle “white-collar offenses and overlook offenders who, by virtue of their social status, education, and positions of trust within their chosen professions and their communities are able to influence how their actions are defined, investigated, prosecuted, and in some cases, even the degree to which an act is defined as criminal.” [3,pg.3].

Umm that’s an interesting point. Perpetrators in some government corruption cases can actually influence how their actions are defined? They can determine whether specific acts are illegal? Let that sink in for a moment.

Gosh. With the notation that white collar crime, fraud,  cyber, computer-assisted and data related crime are victimless, it makes one nauseous.

On the other hand, a little known study by Perri shows that a sub-set of white-collar criminals are indeed violent. Their violence is provoked by the need to “prevent the detection and or disclosure of their fraud schemes.”  Further, Perri identified a few character traits such as narcissism and psychopathic tendencies as indicators of increased violence.  To hammer his point, he stresses the cases of workplace violence to illustrate that white collar criminals utilize homicidal methods akin to the traditional street or red collar criminal.

The potential for violence committed by the white collar criminal and fraudster as well as the power and leverage they may hold in defining crimes for which they may have participated makes me and other fraud fighters feel as though, yes we are on the battlefield.  We will press forward in the quest for justice with the aid of our  spiritual beliefs.  When the day seems bleak or the case too insurmountable, the criminals too sleek, and the conspirators too numerous;  we’ll say a silent prayer and hope to live to see another day. As with most soldiers, we can attest “There are no atheists in the fox hole.”

Images of positive animal totems that have been imprinted on extra thick 275gsm RFID credit card sleeves (coated aluminum paper)  to protect against identity theft and fraud. They are available for purchase on this website.

Leopard: You have an extraordinary gift of awareness.  Leopards are smaller than lions and tigers, but more fierce than both. Symbolizes ferocity and valor. Call on leopard when you need extra protection.

Wolf: You have a strong sense of family and community. You have an intuitive sense of social order. The wold is social and highly intelligent, they live by carefully defined rules and rituals. Call on wolf when you feel lost.

Lion: You have a strong presence and dignified manner. The lion symbolizes the sun and gold. Lions are protectors of the pride against predators. Call on lion when you feel stressed or downtrodden.

Raven: You always know what to do, and you do it quickly and precisely. You prefer solitude to the company of others. Symbolizes the beginning and the end. The raven stole sunlight from the evil one who would keep the world in darkness. Call on the raven when you need clarity about your mission or task.

Tiger: You are solitary and nocturnal and do your best work at night. You are adventurous and powerful. tigers are excellent swimmers. This gives them ties to all of the energies associated with water. Call on tiger when you need to accomplish something.

The purchase of these products will help to keep this site up-to-date and relevant. Thanks for your time! (Resources: S. Farmer, Animal Spirit Guides.Hay House, 2006).